Another month passed and it seems that winter is gone – as far as weather is concerned as well as cryptocurrency market. We can see many signs of recovery, but we all should be aware of crypto market’s high volatility – nothing is impossible. Market outlook can be very accurate if it includes different scenerios: we cannot be sure, who is going to rule the market – bulls or bears? There is also third option, which means, that none of them will dominate. Which scenario will be closer to the truth? 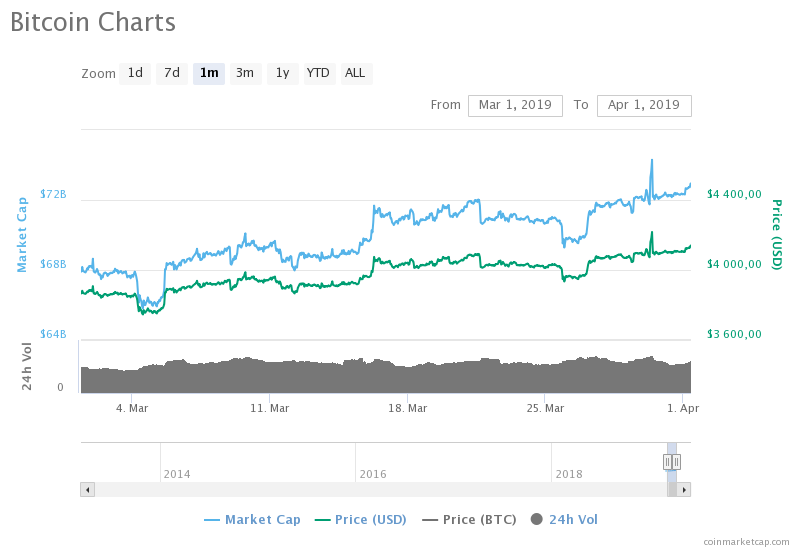 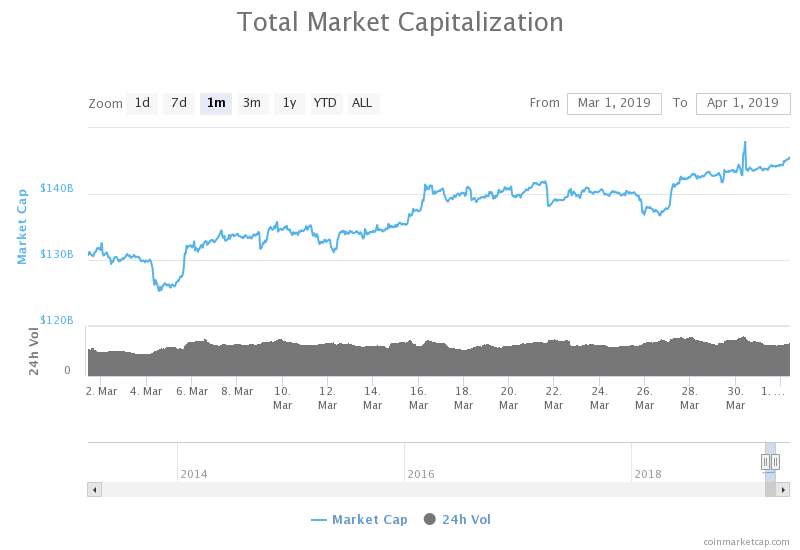 Total market capitalization reflects BTC’s trend. When Bitcoin is doing well, other digital curriencies benefit from that. Their gains are often two or three times higher than Bitcoin’s. 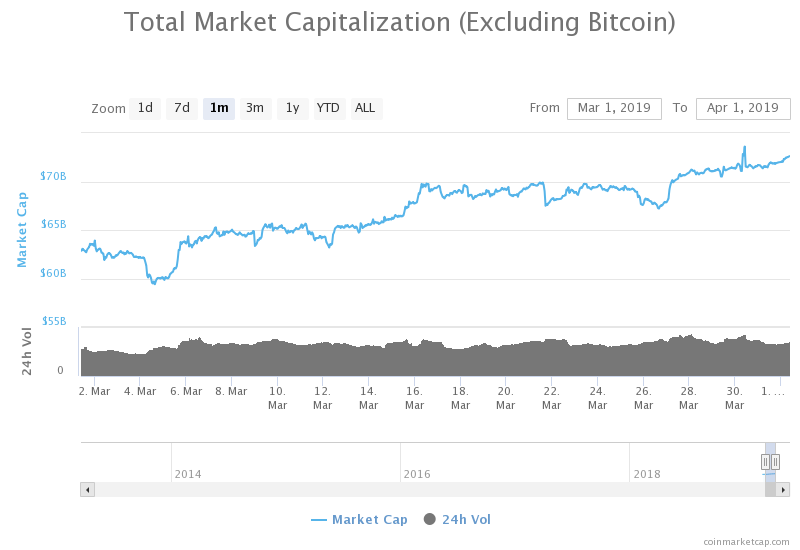 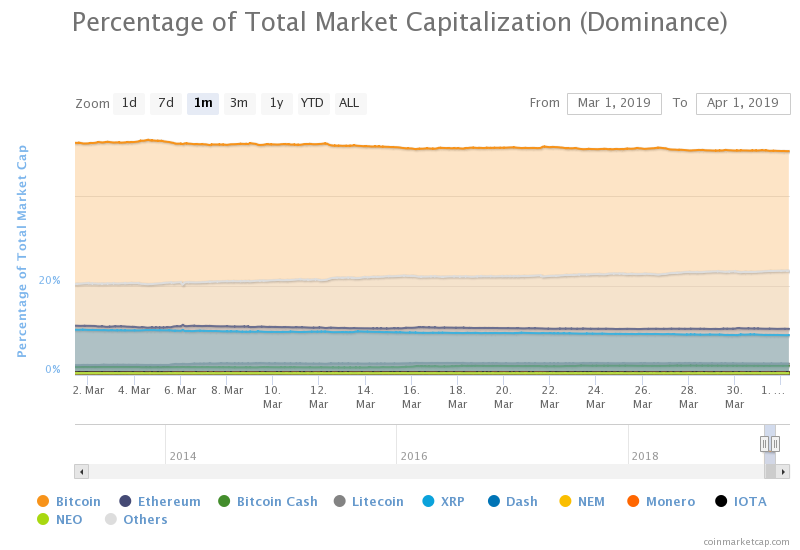 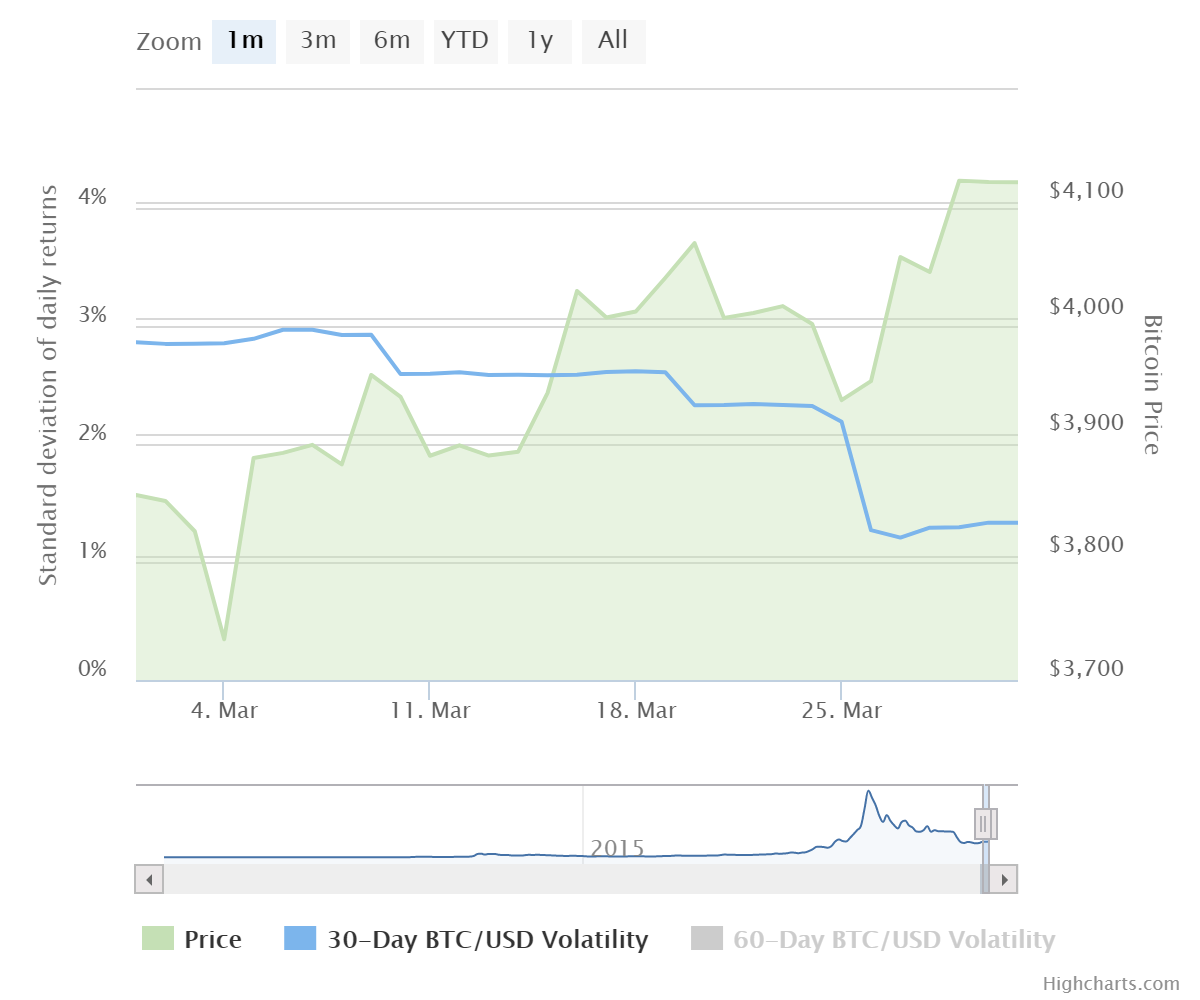 At the beginning of the month, Bitcoin’s transaction volume fell from 3,5B to around 2,3B. Then it oscillated between 2B and 3,4B for a week. On the 24th of March it decreased to around 1,9B and reached around 3,2B by the end of the month.

Until 24th of March, the number of Bitcoin’s Confirmed Transactions Per Day oscillated between 220k and 350k. Then it increased and reached around 375k at the end of the month.

Bitcoin’s Average Transaction Value decreased during March and it was less than 7k at the end of the month.

Number of „Bitcoin” phrase searches was stable during last month – it fluctuated between 80 and 100  points. It reached highest values in the beginning and at the end of March. Bitcoin” phrase was the most popular in Nigeria.  The next positions were respectively occupied by Ghana, RPA, China and Saint Helena Island.

This time, „cryptocurrency” phrase was searched most often on Saint Helena Island and Slovenia took the second place, being 25 points from the first place. Third, fourth and fifth were Estonia, China and Netherlands.

„Blockchain” phrase was the most popular in China. Malta took the second position, but it was rather far from the first place. On the third, foyrth and fifth place we can see respectively Saint Helena Island, South Korea and Hongkong. 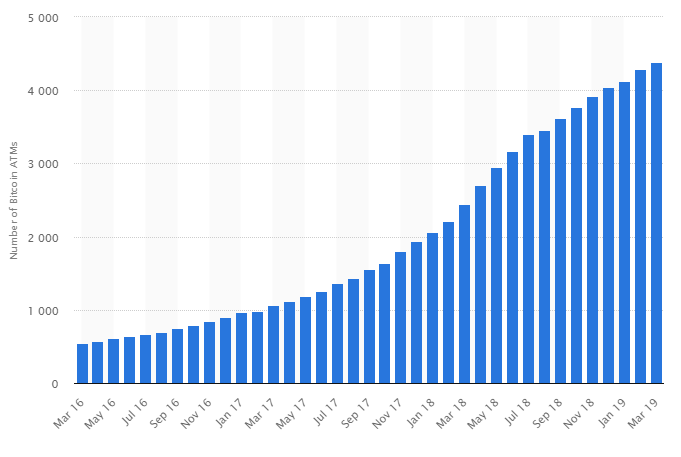 There were 4387 Bitcoin ATM’s all over the world at the end of March. It is 92 more than at the end of January. Bitcoin ATM industry is thriving because of rising popularity in South America, especially in Venezuela and Columbia. Citizens of countries that are in bad economic shape (usually developing countries) are looking for alternatives to FIAT money and often decide to use cryptocurrencies. Bitcoin ATMs are the easiest way for many people to buy them. This results in increased adoption of Bitcoin and makes it closer to the wider public.

Bitcoin had an amazing couple of bullish weeks, marking higher lows and making higher highs. Since the late December rally the volume has been in steady decline, while the price was going upwards. What I think is happening right now is that the current trend is coming to an end. The lack of volume indicates that currently there is not a lot of activity in the market and Bitcoin is in a „No man’s land”, between the bulls and the bears. The historical volatility is at ATL which means that there will be a massive move in any direction soon.

On the other hand, the altcoin market is in a very interesting state. The volume is rising and a lot of coins are making a significant price increase (some of them are even making new all time high). The Bitcoin dominance is looking like it will fall soon, which can give space to the alts to pump.