Bitcoin was not the only cryptocurrency that performed well for investors in 2016. Most of the 20 biggest coins by capitalization gained in value. In previous years crypto were on a bumpy ride, there were big gains but also big losses.

NEM investors came second. They earned more than 2000 percent as well. Half of the most capitalized cryptocurrencies went up more than 100 percent. Last one in this group is Bitcoin with 122 percent growth.

15 listed cryptocurrencies went up while 5 of them came down. The least profitable were Waves and Lisk with more than 90 percent loss. Digixdao and steem lost more than 70 percent of previous year’s worth. 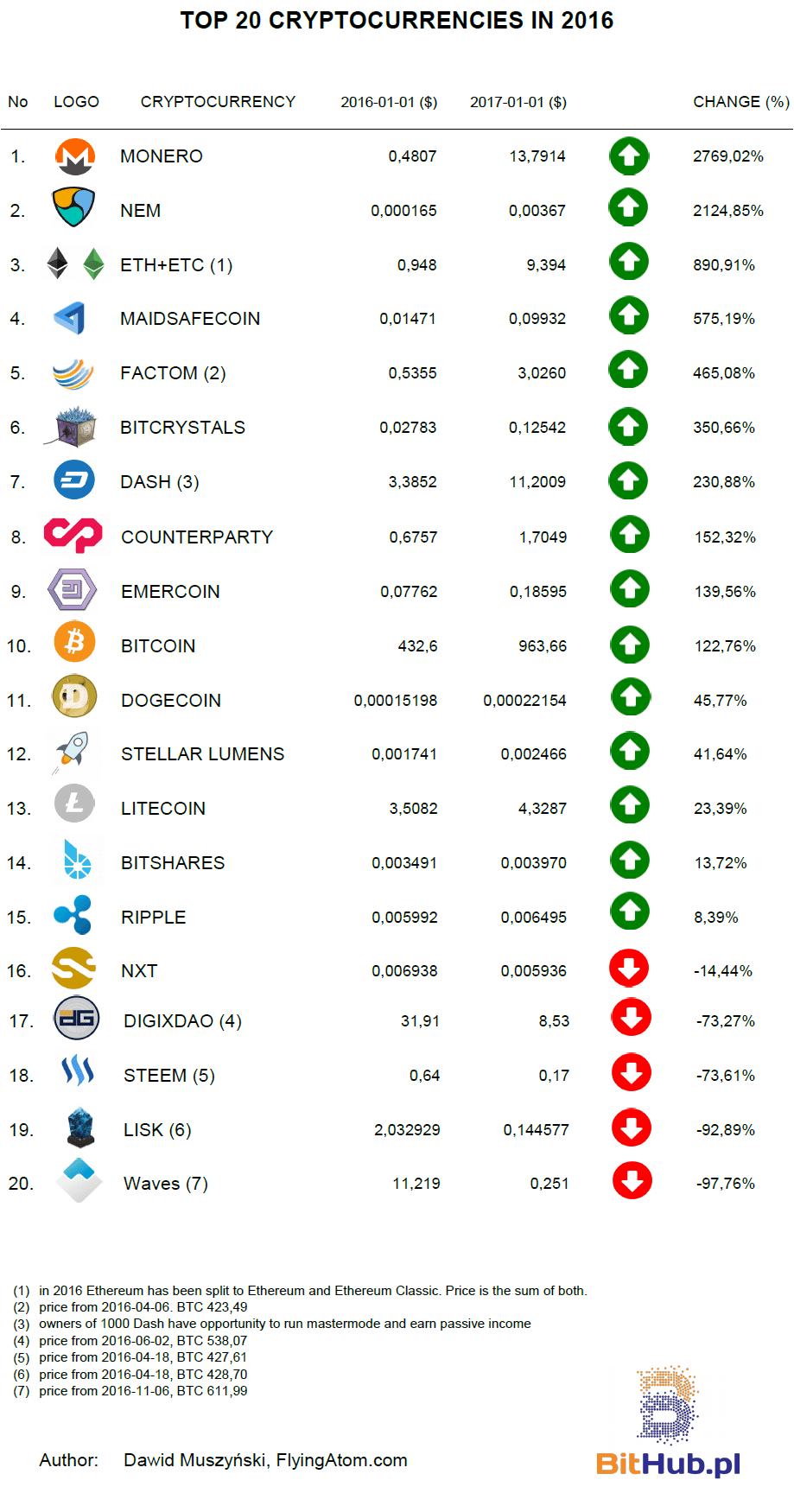